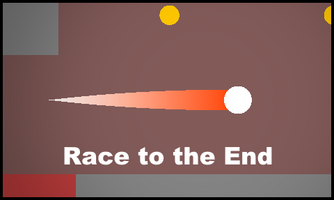 This is a week one update.

For the last 2 years, I have been working on a large, overwhelming dream project called Morpheus. I have a team of roughly five individuals who also care greatly about the project. I continue to work on it despite how large the scope is. We have simplified, cut features, and refined core game play. It has taught me a lot about game development.

However, I felt I was ready to try my hand at a smaller project and see what I could create by focusing on much smaller ideas. With this project, Race to the End, I want to develop a core game-play loop and build fun mechanics that support it.

In order to keep the scope and my time manageable for this project, I created a Hack N Plan board with 4 different sprints. Hack N Plan is basically a kanban board like Trello, but with some extra features. It's tailored for Game Development and I think it is a great tool. 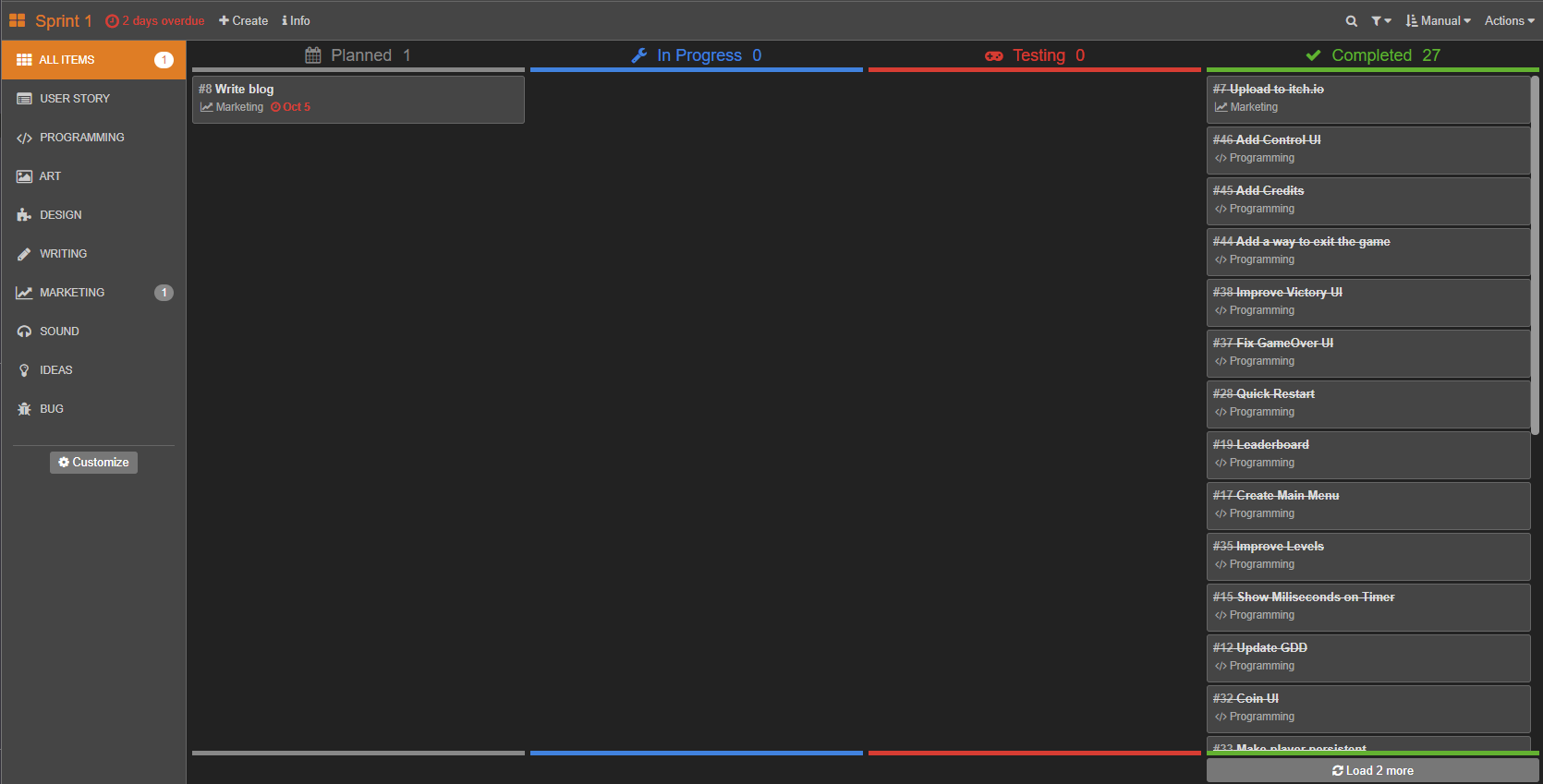 I designed my first sprint of work around a MVP, or minimum viable product, and made sure I scheduled my time so I could complete the work. The game I am creating is simple: race to the end of the level within the time limit and dodge obstacles that set you back.

I started with movement. I spent a lot of time tweaking and rewriting the physics to move a little ball around the screen. Most of my time was spent actually moving the ball around the screen and debating if it felt right. After trial/error and some level design, I settled on something that feels fast, but controllable.

The next items on my list that I needs to complete was the obstacle and the goal. I did the most basic mechanic and created a death box and a goal box. One touch of a death box and the character will reset back to the beginning of the level. With the movement, death boxes, and the goal object, I was able to design some levels.

For now, I developed three levels. Easy, medium, and hard. The hardest part about designing levels is getting good at your own game. As I continued to play levels over and over, I became increasing good at my own controls and the levels became easy. Thankfully, I have some people who were able to play-test the game. The levels will have to continued to be polished over the course of development.

After working on the core, I decided to add a leaderboard to track the fastest times in each level. This added a layer of fun to the game. I found myself trying to 1-up myself in each level.

The coins are not exactly necessary, but it added some extra intensity to the movement. You just want to pick up every single one. Also, I just enjoy putting them near the red walls and watching other players suffer. Thank you for reading my post. The next update will be on 10/13/2019.