This is a week two update.

Last week, we released the very first alpha version of Spunky (it was called Race to the End). The focus was on character control and moving through a level quickly without dying. This week we focused on improving the controls further, and creating some new obstacles for the player to dodge. We added a brand new stage with some difficult moving obstacles. Our secondary focus was improving score tracking to encourage players to aim for a better score.

Check out the gameplay:

As you can see the controls for our game are very simple: control stick for movement and the A button for boosting. We added a Boost that depletes as you use the accelerate through the level. Adding a limit to this ability helps balance dodging quick moving targets. In the last version, players held down the A button the entire time, which completely defeated the purpose of having a boost. We also added some visuals to help show the player how much "boost" they have left. As you boost through the level, the meter will deplete to red. As the meter depletes to red, the character will go from white to red. If the meter is completely depleted, the player will not be able to boost until it completely refills. 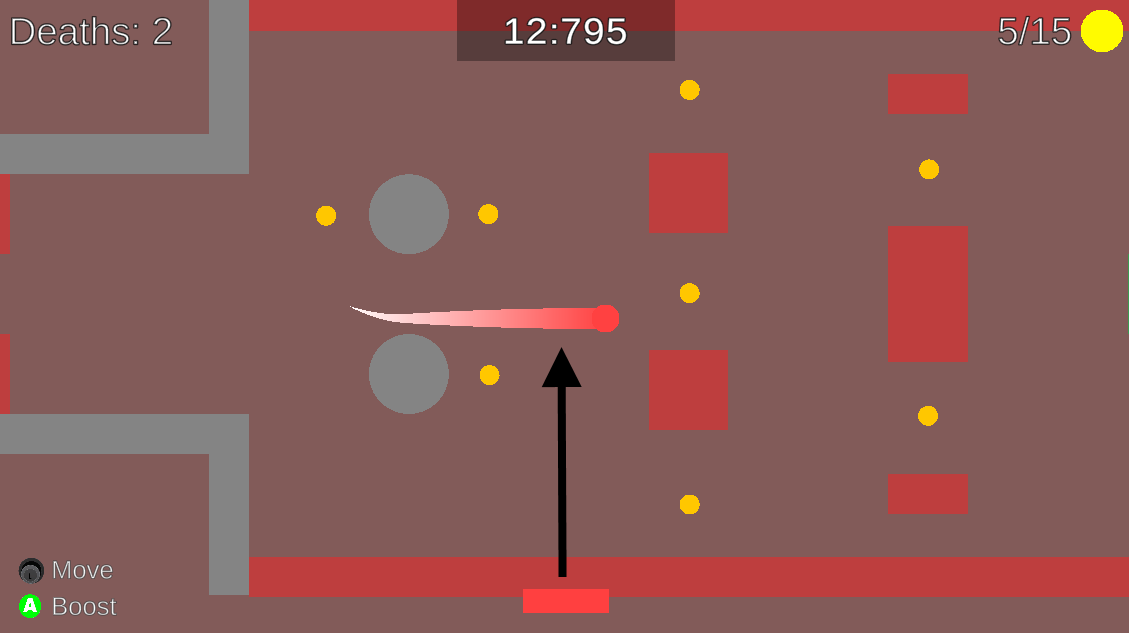 The game also tracks your score for each level and is saved across play sessions. So battle your friends for the best time!

Man On The Moon Studio128 days ago