After months of hard work, we bring you another update for Cultist Astronaut. In this update, we've added more enemies, levels, guns, and obstacles for you to play with.

This game is still in development. If you wish to support us, you can follow us here:

A huge part of our update is the new level called Tomb Town. This level is surrounded by toxic wastes on Planet Necrorock, which is home of the Flayed Cult. In this level, you explore the streets, apartments, and sewers of the town in order to knock out the power grid.  Once the power is disabled, the gates of the Cathedral will unlock, and you will be able to face the first mini boss, the Razor Nun.

Steal the soul of the Razor Nun!

After fighting your way through the town and reaching the top of the cathedral, you will face the Razor Nun, a devout worshipper of the Flayed King. This mini boss will charge and attack you with a giant Scythe. These attacks deal loads of damage and will knock you into the sky.  She also has the ability to summon and swarm you with undead minions.

Defeat this boss and consume her soul to unlock a new weapon called the Razor Bolter.

Pierce shields with the Razor Bolter!

The Razor Bolter is weaker than the Plasma Blaster. However, it can pierce through plasma shields giving it an advantage in heavily shielded areas, or against enemies who use shields.

Delve into the Toxic Mines

Before you reach Tomb Town, you will have to make your way through the Toxic Mines. This is where the flayed minions harvest toxic minerals to power their society. This level uses lots of sawblades, so watch out!

The game now features rooms filled with waves of enemies to test your combat skills. When you enter a battle room, all doors will lock until you defeat all enemies. This is a great way to collect souls (or lose souls if you fail). Good luck!

This is a new type of minion that wears heavy armor and shoots homing missiles. The missiles will chase you around the level until they lose control and crash. Be careful as the missile's knockback will fling you into a saw blade!

All enemies in the game will explode into pieces when killed. Damage and death will spray blood all over the arenas. As you explore the level, you will leave behind a trail of blood!

The checkpoints are no longer invisible. A flag will rise showing you where you will respawn!

Also, you can see your statistics at the end of each level such as Damage Taken, Damage Dealt, Death count, and Soul score. 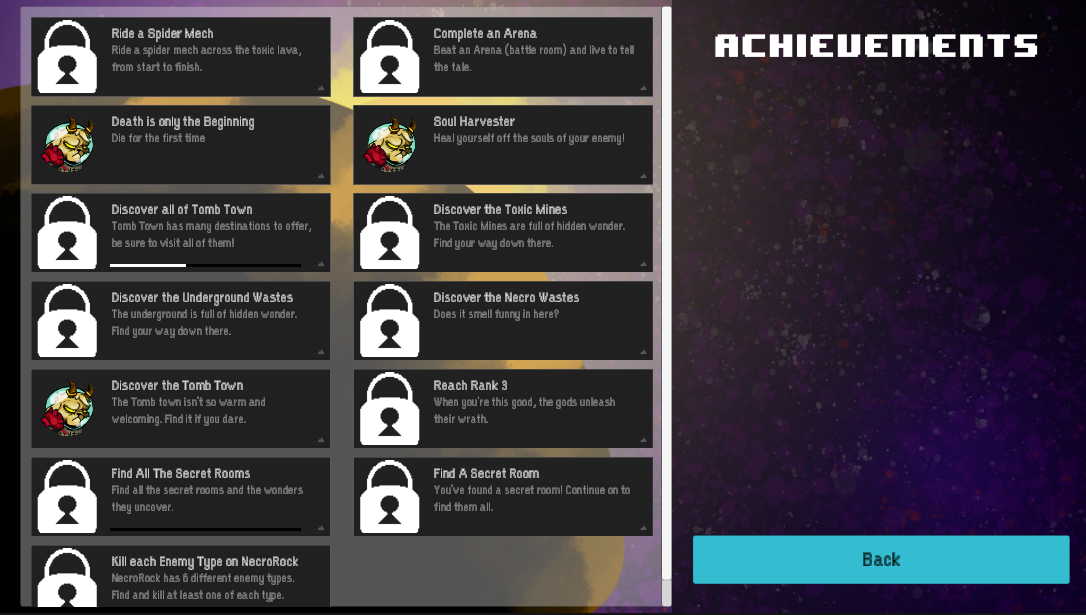 The ruler of the Flayed Kingdom and all who are flayed. You will be cleansed in the storm of blades, roasted by fire balls, and fed to the denizens. You will suffer! Once you defeat the king, the Flayed Cult will be no more. 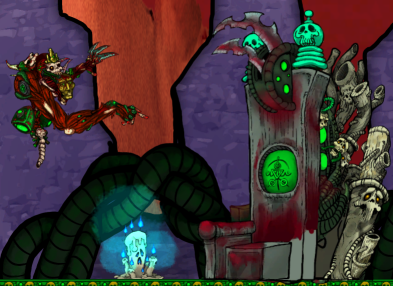 This minion can teleport around you and cast a fireball swarm towards you. They also have the ability to summon Zombie minions who will eat your skin from your flesh. 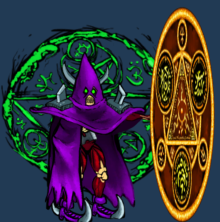 This enemy is in the early stages of development. These massive enemies carry a heavy blade and can slash dash towards you dealing massive damage!

We are not done! There are cults, enemies, weapons, and levels we are in the process of developing. The final version of the game will feature three cults for the Cultist Astronaut to eliminate. Each planet is composed of several levels, so you can expect at least 12-16 levels. With your support, we can reach our goals and potentially add more!

Blast through space cults as a goat astronaut!