In the last couple months we have been designing and developing an AI called the Bush Bandits for Morpheus. They are colored based creatures who attack outsiders and team up with allies. We plan on making them our most social creature in the Flower Forest region. Here is a picture of how they look: 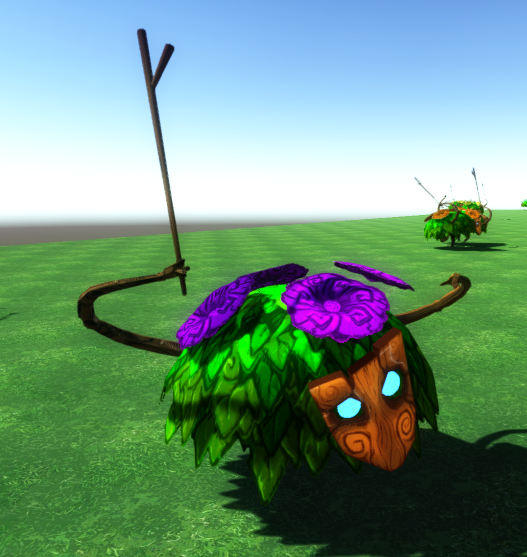 We also decided that since they are social, they would team up to form groups making them stronger and harder to kill. The Wolf is also able to rally together bandits who match his color or have some relation with his color. For example, a red flowered wolf can gather purple and orange bandits. Here is a demonstration video:

If you are interested in seeing earlier videos of their development, you can check out this YouTube channel.

We plan on releasing our next huge update soon which include a whole new level with a variety of AIs (such as the Bush Bandits) and puzzles for our Flower Wolf to solve. Until then you can enjoy our early alpha demo here on itch.io.

Morpheus is a game about a hero and his power to shape shift.